Reality actress Tami Roman is putting her career first and trusting that her husband, Reggie Youngblood will find his way back home after giving him a pass to knock up another woman, she revealed.

During a recent appearance on The Real, Tami spilled the beans about the progress she and Reggie were making towards having a baby after host Garcelle Beauvais asked her about past plans to find a surrogate. That’s when Tami lets the ladies and the rest of the world know that she and Reggie put those plans on “pause.” Istead she’s letting him look for a baby maker outside of their union.

“I feel like I’m at a point where my career is starting to do and reward me for all of the time and my efforts that I’ve been in this business and a baby for me right now would just be the thing to do,” she said. “So what I offered him was an opportunity for us to take a break for a year or two and let him go find someone to have a child with. And then when he has his baby, we could get back together.”

Tami did add that she would help raise the baby, but did Reggie actually take her up on the offer? Not at all.

Tami assured Garcelle and Adrienne that Reggie turned down her proposal by ensuring her that he was there for her for the long run.

“He said ‘I don’t want that,” Tami revealed.

Hit play to hear it.

A post shared by The Real Talk Show (@therealdaytime)

Tami’s revelation comes after she revealed that she previously suffered three miscarriages while trying to conceive with her significant other.

“Through the course of trying, Tami suffered three miscarriages, one of which when she was six months pregnant,” MadameNoire previously reported. “Tami shared that pregnancy would be an uphill battle for her considering she is diabetic and has a prolapsed uterus. But after each loss, Tami claimed that she and Reggie were not ready to give up.”

Would YOU give your significant other a pass to have a baby outside of your relationship? 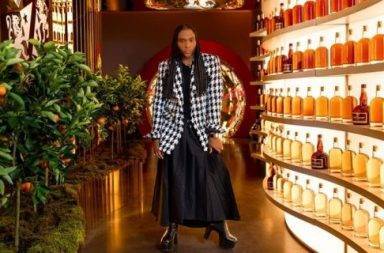