It’s so hard to say goodbye! 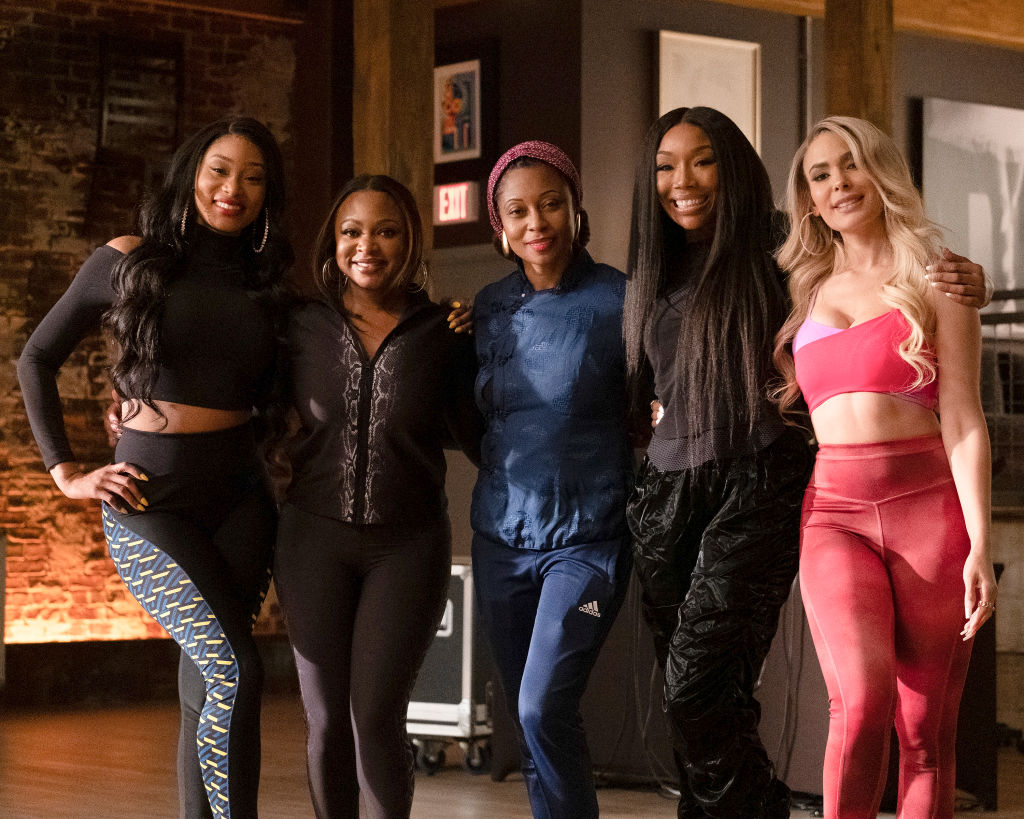 There can never be too many shows about a group of badass, talented Black and Latinx women living their best lives, but sadly there will be one less this fall. Deadline reports that ABC’s new musical series Queens is canceled after only one season. The 1-hour drama starred Brandy, Naturi Naughton, Eve and Nadine Velazquez as 40-something former rappers. The series follows them as they work through decades of personal struggles and industry beef to reunite their multi-platinum ’90s girl group, the Nasty B**ches.

To add to an already rough week, my ❤️ is broken by the news that #QueensABC isn’t getting another season. But I am so SO proud to have written for this show, to have been chosen by @zterps, & to have gotten to use my episode to uplift Black survivors. ✊🏽https://t.co/4aFJFh8Ioh

What seemed to be a recipe for guaranteed success on the level of Empire surprisingly had trouble finding an audience. Even with lots of juicy drama, exciting performances of hot original songs, and appearances from stars like Remy Ma, Jadakiss, and Cam’ron, the series struggled to compete in its time slot on Tuesdays at 10 p.m. The show also seemed to lose momentum mid-season after Eve took a break from the show for her pregnancy.

While the show teased Eve’s potential return, it continued to deliver fresh stories ripped from the headlines about predatory conservatorships, reproductive rights, and confronting sexual abuse in the music industry. After the season 1 finale in February, Brandy discussed her hopes for Queen’s next chapter.

“I know I would love to see more performances, more rapping, and more stage stuff if there is a Season 2. We didn’t really get a chance to do a lot of the stage performances that I wanted to do this year,” she said. “I hope we get to tell more great stories and have a lot more entertainment in terms of the group. Fingers crossed.”

How you cancel a show with Brandy Naturi and Eve rapping better than the female rappers today? #QueensABC pic.twitter.com/7ZectjByrI

Thanks for reminding me how hard the Queens went for protecting reproductive rights on ALL RISE. “I made you, a Queen is what you call me.” #QueensABC https://t.co/jsCVruHlKE

“While the news is disheartening because of the tremendous work hundreds of people put into the show, I’m grateful for what was an incredible journey with so many talented people. I’m proud of the stories we told, the incredible music we made and what our show looked like in front of and behind the camera. To Eve, Brandy, Naturi, Nadine, Taylor (Selé) and Pepi (Sonuga) – thank you,” McGhee wrote.

“I could never have imagined I’d get to work alongside so many current and future legends. Dreamy stuff. Endless gratitude to my partners at ABC for supporting the show until the end. Lastly, MAJOR love to the Queens fans. You are the absolute best and I’m bummed that we don’t get to spend more Tuesday nights together. Hoever, the show lives on forever. The music lives forever. In short, #QueensForever.”

I will NOT stop campaigning until all of us #QueensABC fans are heard. @OWNTV @BET @Oprah @hbomax @netflix @hulu I beg you all to at least consider saving Queens. The phenomenal cast, the music is 🔥 Let me point out the fact it's score on Rotten Tomatoes is 100% which is rare.

The cancelation is disappointing for such a promising premise, all-star cast and talented crew of creators. Heartbroken fans are keeping hope alive that another network or streamer will give Queens the second life it deserves. Until another platform steps up to continue the story, at least we’ll always have those incredible songs and performances to remember the show by. Check out one of the show’s epic battles between Naomi (Brandy) and Brianna (Eve).

Long live Queens! What was your favorite moment from the show?